BREAKING NEWS: Congratulations to South Texas Renal Care Group Founder & CEO, M. Reza Mizani MD, PA, for being 1 out of the 16 selected by Governor Greg Abbott to serve on The Chronic Kidney Disease Task Force! Together, Dr. Mizani and the other appointees will be responsible for coordinating and implementing a state plan for prevention, early detection, diagnosis, and management, as well as educating healthcare professionals on the disease. Thank you, Dr. Mizani, for your leadership. We know that you will be a vital asset in this statewide endeavor.

Doctors and public health experts from San Antonio will make up the bulk of a revitalized statewide task force dedicated to chronic kidney disease.

Last week, Gov. Greg Abbott appointed 16 people to the task force, six of whom are from San Antonio. The group is also chaired by another San Antonian, Dr. Francisco Cigarroa, a transplant surgeon affiliated with UT Health San Antonio who previously served as the institution’s president and as chancellor of the University of Texas system.

The chronic kidney disease task force previously existed, but its work lapsed several years ago. It was re-established last year with House Bill 1225, which was sponsored in the Texas Senate by Sen. José Menéndez, D-San Antonio.

On ExpressNews.com: San Antonio ‘at the heart’ of burgeoning kidney disease crisis

Its mandate is to focus on management, prevention, early detection and diagnosis of the disease, which is often characterized as a “silent killer” because of its lack of symptoms until later stages. Task force members will also be involved in educating health care professionals.

The large proportion of San Antonio members on the task force, appointed Wednesday, is because of the city’s high rates of kidney disease, which is mainly caused by diabetes and untreated high blood pressure.

“We have such a burden, economically and on our health care system, here in San Antonio and on down the South Texas region,” said Tiffany Jones-Smith, a task force appointee who heads up the San Antonio-based Texas Kidney Foundation. “We’re one of the hardest-hit areas in the nation for chronic kidney disease.”

As a result, the area has a high concentration of kidney specialists and researchers, who make up the bulk of San Antonio’s task force members.

They include Anil Mangla, director of public health with the University of the Incarnate Word’s School of Osteopathic Medicine; Dr. Francis Wright, who has served as surgical director and transplant surgeon at Methodist Specialty and Transplant Hospital since 1994; Dr. Reza Mizani, founder and CEO of South Texas Renal Care Group; Dr. Navid Saigal, president and CEO of Renal Associates; and Dr. Bruce Brockway, medical director of the Kidney Treatment Centers of San Antonio and the Kidney and Blood Pressure Clinic of San Antonio.

Mangla, whose research focuses on social factors’ influence on people’s health, said the rate of kidney failure in Texas is 11.6 cases per 1,000 people, a rate that rises to 13.4 for Bexar County and a staggering 33 in San Antonio’s City Council District 3, which encompasses much of the South Side.

While medical treatment is important, Mangla said, other factors play a huge role in the prevalence of diabetes and accompanying kidney disease in San Antonio, including environmental, socioeconomic and genetic factors. For people in South Texas, screenings need to be conducted early in life, even among teenagers, he said.

“I want to make sure that people don’t go through it because it’s difficult and it takes its toll for individuals, not just health but mental health as well,” said Mangla, who was on dialysis for eight years before receiving a kidney transplant.

Mizani, who has practiced as a kidney specialist since 2004, said the type of diabetes he sees in his patients is more aggressive and is striking people at younger ages, resulting in organ damage and other complications. The task force will provide an opportunity to dig into Texas’ data and examine differences based on region, genetics and access to health care or insurance, he said.

Nationally, public health leaders have also recognized the need to alleviate the growing burden of kidney disease on the health care system, including the rising number of patients in need of dialysis or an organ transplant. On average, caring for end-stage renal disease costs about $89,000 per patient per year, said Jones-Smith of the Texas Kidney Foundation.

Last year, the Trump administration unveiled a plan to improve care for kidney disease patients nationwide and reduce kidney failure rates 25 percent over the next decade. The plan, which was accompanied by an executive order, included pledges to overhaul the dialysis and organ procurement systems.

“More and more, legislators, health care providers are realizing this is an illness that you have to pay attention to,” Mizani said. “Significant focus has been on cancer and cardiovascular disease. Now, we’re showing that this is something to really talk about and think about.” 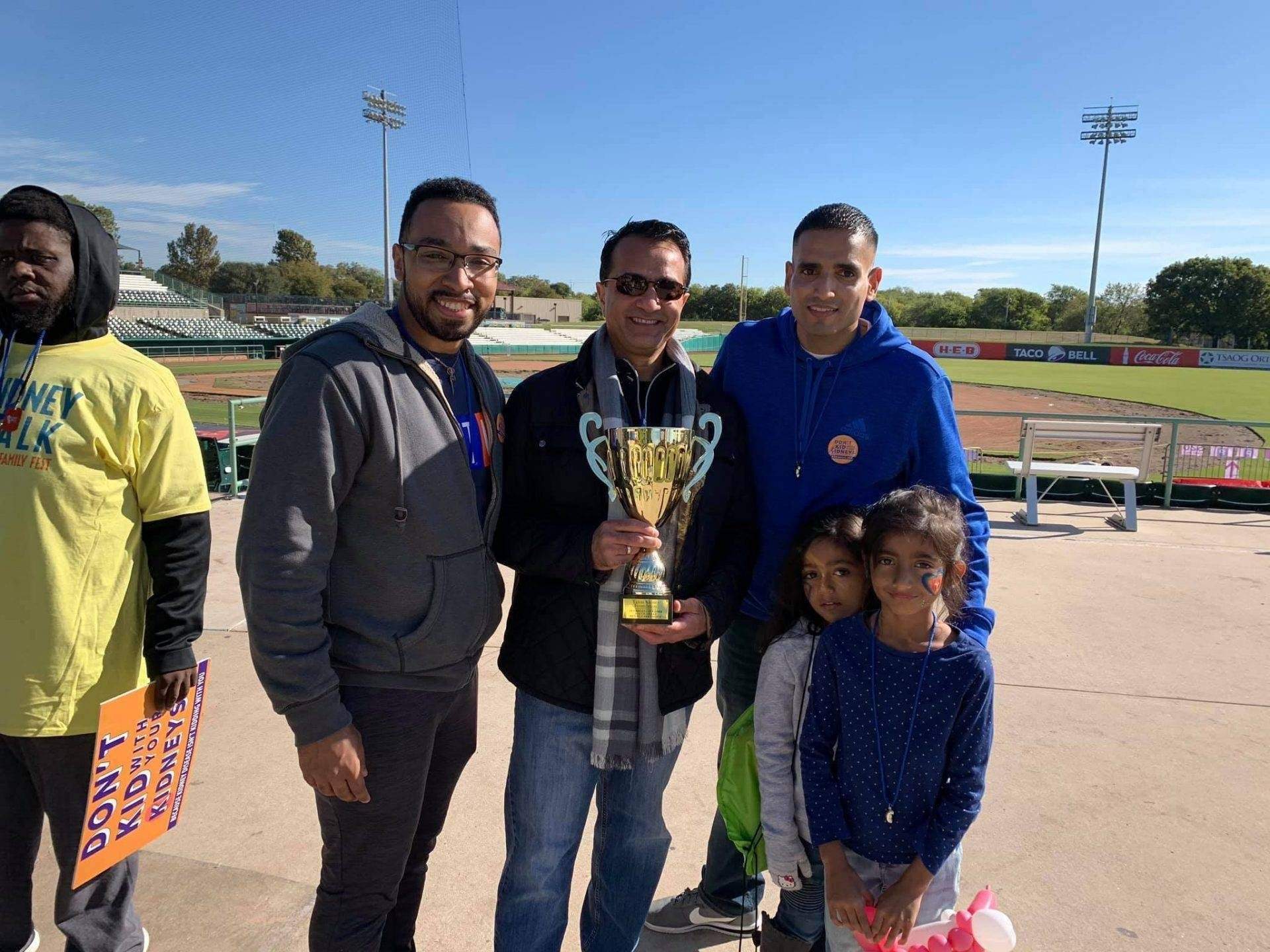 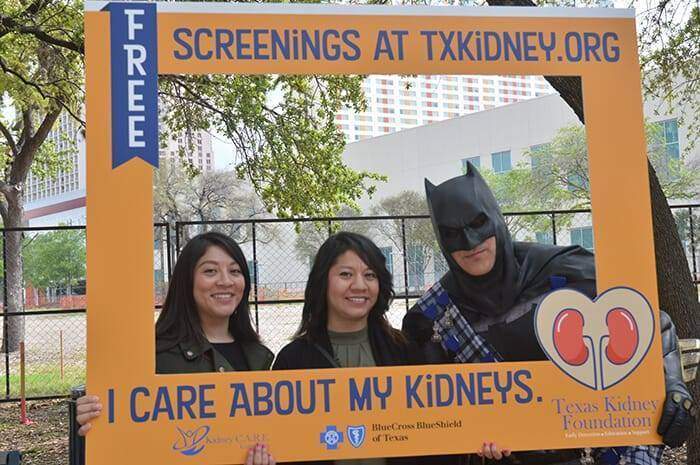 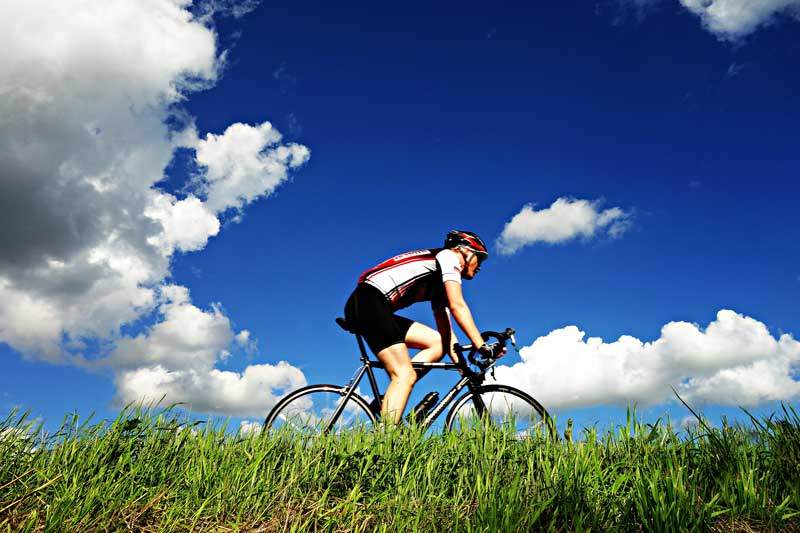